After looking at the main Prototype class yesterday Here , now it’s time to turn our attentions to the Prototype Challenge class. The opening Rolex 24 produced a surprise winner in the #85 JDC/Miller entry, after problems with the favourite #54 and #52 entries. This time around, will the normal order be restored or will Sebring spring another surprise winner?

The two Starworks entries suffered with costly accidents at the Rolex 24, although the progress this #8 car made in the second half of the race showed that if they had not got involved in various scrapes they would of been a strong contender for victory.

This time out at Sebring the team will be looking to translate their pace and skill as a team into a podium placing.  They have one of the best driver line up’s in this class and the Starworks team are stalwarts at this top level of US Sportscar racing. This entry has to go into the race as one of the favourites for class victory. 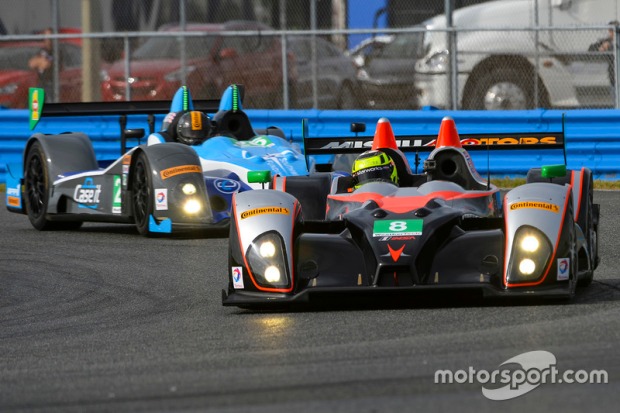 The #20 BAR1 entry was another PC tale of disappointment, as the class pole sitters hoped for victory in the centre piece race, but had to be content with a distant third. Whilst this would have initially seemed frustrating, it was still a decent points haul for this team as their rivals struggled.

The team will be hoping to achieve another podium placing this weekend in the sunshine state, and they have a solid experienced line up of drivers who can get the job done for this BAR1 team. Another points haul for their championship would be a good result, and they will be slight outsiders for a class victory.

The #38 team were yet another PC team who struggled on the high banks of Daytona, as they eventually were forced out of the Rolex 24 thanks to reliability issues. The team will not let that dampen their progress however as they look to bounce back for round two this weekend.

The team is one of the smaller outfits in the class, but they have proved in the past they can mix it with the bigger and more prestigious teams within this class. The driver line up is a another solid one at this level, and this team may well sneak a podium place if the attrition rate matches what we say in Daytona. Do not discount this entry as an afterthought in this class.

The #52 PR1/Mathiasen entry was one that recovered from adversity to eventually finish second, only four laps down on the class winner at the Rolex 24. The team have a knack of attaining victories in the key long distance races and this team actually won the Tequila Patron North American Endurance Cup last year. This is a mini-series made up of the four longer distance races on the calendar.

Second gave the team a great points haul, especially as their primary rivals such as the #54 entry retired early on. The team will be hoping they can repeat their victory at this race last year, as this would put the team in a very good championship position after the early rounds of the WeatherTech series.  This PR1/Mathiasen entry has the perfect blend of youth and experience behind the wheel, so watch out for this car to fly with all three drivers at the wheel.

The Rolex 24 at Daytona was a disaster for this usually dominant CORE Autosport team. The class champions from the past few years suffered an early engine failure which put them out. Now have some ground to make up on their rivals in the championship also, something they will look to do with a class victory this weekend.

The team and driver line up is the best in this PC class, and will be looking to reassert their dominance at the bumpy airfield of a Sebring circuit. The #54 will be one of if not the ultimate favourite for the PC class victory come Saturday night. 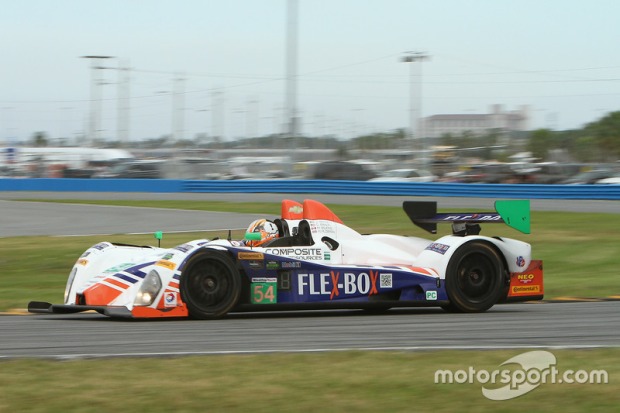 The Rolex 24 was an almost perfect race for the JDC/Miller Motorsport race as they claimed the class victory by four laps over the #52 PR1 entry. Whilst the team had some scrapes in the race, they were the most reliable car which gave them the victory.

This team is another of the smaller outfits in the class, and their class win was a great story in Daytona, but can they do it again this weekend? All four drivers demonstrated their talents in Daytona, especially Stephen Simpson, so can they reproduce this at another sportscar classic run in Florida. This team showed on pace they can match anyone else in this class, so can they topple the bigger teams once again? It’s difficult to see but after Daytona anything is possible for this JDC/Miller team.

The second of the Starworks entries is another high quality addition to this class for this years Sebring 12 Hours. The team are locally based in Florida therefore will feel confident going into this race. Whilst this car was out early on in Daytona, they will be another team hoping to bounce right back with a great result at Sebring.

The driver line up is yet another very strong one, and the team will have more than enough talent to grab the class victory, although a class podium and a good haul of points of the championship would also be a success for this team. This #88 car is a strong contender for class honours this weekend.

That wraps up my look at the seven car Prototype Challenge Class for this weekend’s Sebring 12 Hours, soon I will be posting my preview of the ultra competitive GTLM class. I would like to say a huge thank you once again to IMSA.com and Motorsport.com for their information and high quality pictures that grace this article. I would also like to say a final thank you for reading this and any comments below would be greatly appreciated. Find me on Twitter @brfcjordan95.