This weekend has been eagerly anticipated since the early weeks of the season, and that’s for one reason. Second ranked LSU travels to Tuscaloosa to face third ranked Alabama, for the most important game of the college football season. Their is also a battle of two unbeaten sides, and a state rivalry game too. Let’s look at the main talking points heading into a massive weekend of college football.

LSU heads to Alabama hoping to shock the world, in a true clash of the titans. Both are ranked in the top four, with the winner almost certainly jumping to number one. LSU are the surprise package with Joe Burrow, who is having a career year. Over 2,800 yards with 30 TD’s to four interceptions in eight games explains why he is shooting up NFL Draft boards.

Alabama star QB Tua Tagovailoa returns after undergoing ankle surgery, which is the only concern for Bama. LSU have lost starting linebacker Michael Divinity for personal reasons. Watching the Alabama receiver trio battle a loaded LSU secondary will the matchup to watch.

LSU announced on Monday that starting linebacker Michael Divinity has left the team for personal reasons. Both sides haven’t ruled out his return later this season, but he is still a big loss for the Tigers.

In five games this season he leads the team with three sacks and also recorded four tackles for loss. It’s unclear if he absence is because of injury or discipline problems. Head coach Ed Orgeron has said backup’s Andre Anthony and Ray Thornton will step up in his absence. This is a big loss for LSU, especially on the eve of their biggest game in years. 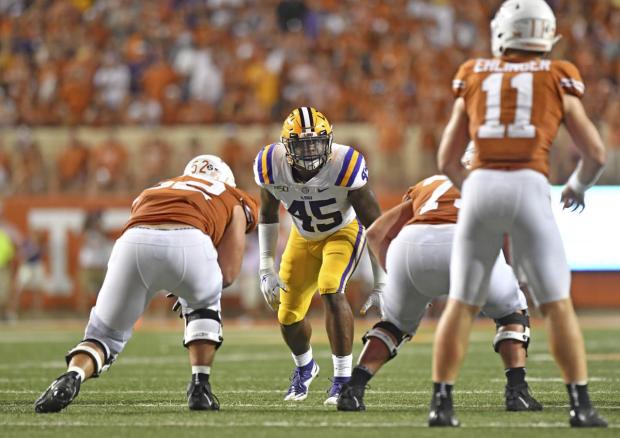 LSU linebacker Michael Divinity lining up in their 45-38 win over Texas in September. Photo: Hilary Scheinuk/ The Advocate.

This is an intriguing matchup of two unbeaten teams, with fourth ranked Penn State travelling to Minnesota. The 17th ranked Gophers have surprised many with their 8-0 start, but this is by far their toughest test.

Penn State have had the headlines stolen by LSU and Alabama, but have quietly enjoyed a very good season. Both are complete teams, especially on defense with both units ranked in the top 15.  Despite home field advantage, Penn State should have enough to overcome a very good Minnesota team.

4) Battle of the Unbeaten Teams

On any other weekend this would be the marquee game, but it stands in the shadows of the LSU – Alabama matchup. Both teams are very good, especially on defense. Penn State sophomore Sean Clifford has emerged, with over 1,900 yards along with 20 TD’s to three interceptions all year. He is helped by receiver KJ Hamler, who is 13th in the nation with eight touchdowns in as many games.

Minnesota has some offensive studs too, with running back Rodney Smith leading the way. He is on pace for a 1,500 yard season. The Gophers also have receiver duo Rashod Bateman and Tyler Johnson, both with over 600 yards already.

This Texas rivalry has a lot on the line for both teams. Undefeated 12th ranked Baylor has a short road journey to TCU, for a game with all the hallmarks of being an upset. TCU has fallen off this season, currently with a 4-4 record. Baylor is 8-0, however their only marquee wins have come against Iowa State at home and on the road to Kansas State. 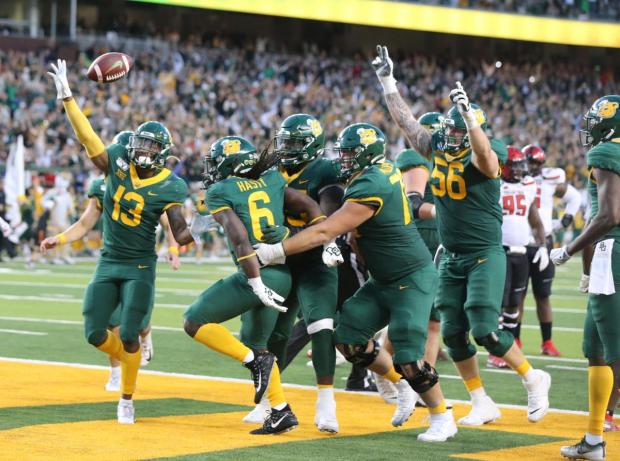 6) Toughest Game yet for Unbeaten Baylor

Baylor are having a great season at 8-0 and ranked inside the top 15, but some question their strength of schedule in the Big 12. Baylor’s top wins are Iowa State and Kansas State, and in their previous game sneaked past a 3-5 West Virginia team.

This TCU matchup is the first of a nightmare three-game stretch in which they play TCU on the road and face both Oklahoma and Texas at home. TCU is only 4-4 but they can easily cause an upset and derail Baylor’s season with a win here. A lot rests on this game for Baylor.

Wisconsin is looking to rebound after two tough losses, and with home field advantage they should feel confident. Iowa has recovered from their two losses, and this game will likely decide the Big Ten West.  Iowa has seemed a little flat this year, with a top six defense making up for their 81st ranked offense. Expect this to be a low-scoring defensive slug fest.

The Ohio State defense smothered Jonathan Taylor in their last game, holding the star running back to 52 yards on 20 carries. These are rough stats for a player who will be a first round NFL Draft pick in 2020 if he declares.

The junior running back is a household name in college football thanks to his immense production, currently at 5,180 yards in less than three years. The fact he has 1,009 yards in eight games in what is being called a down year shows just how effective he’s been. The Iowa defense is a top unit, but he should get more action then he did against the Buckeyes. 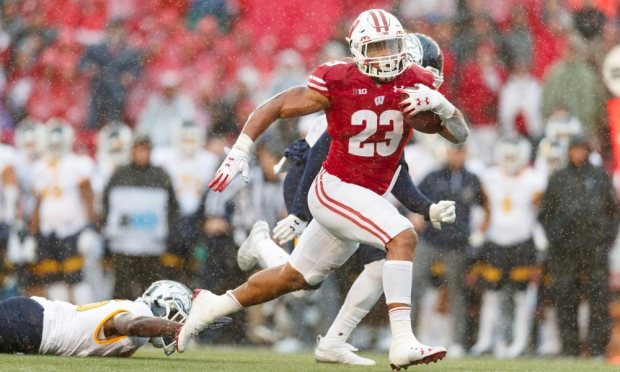 Wisconsin running back Jonathan Taylor has made a habit of running away from defenders in his three years at this level. Photo: USA Today Sports.

9) Other Games to Watch

In such a loaded week of college football, these games will go under the radar but will be worth watching. Ninth ranked Oklahoma welcome Iowa State, for a game the Cyclones have made a trap game in recent years. Oklahoma are rebounding from a tough loss, and Matt Campbell has made a habit of upset wins against ranked opponents.

Stud Ohio State defensive end Chase Young is suspended for this weekend’s game against Maryland, as the school investigates a potential NCAA violation. It appears the issue is a loan he received from a family friend last year. This could end his college football career, as he may miss the rest of this season and is likely to declare for the 2020 NFL Draft.

Young has been the best defensive player in college football this year, and leads the nation with 13.5 sacks. He also have five forced fumbles, and has been key to a Ohio State defensive unit that ranks second in the nation.

That wraps up my preview of a loaded weekend of college football action, if you have any thoughts about it let me know down below or find me on Twitter @JWjournalism. Finally, a massive thank you to everyone who read this blog I really appreciate it!