The special one returns. On the 10th June 2013 Chelsea fans across the world celebrated like they had just won the Premier League. The special one was returning to Stamford Bridge. Two and a half years later and history has repeated itself. Mourinho and Chelsea have parted ways. But should Chelsea have stuck by Mourinho this time?

Based purely on the results of this season, Chelsea should have sacked Mourinho weeks ago. The club have gone from being Premier League champions to sitting 16th in six quick months. They have lost nine of their 16 games in the league, and sit only a precarious point away from the relegation places. 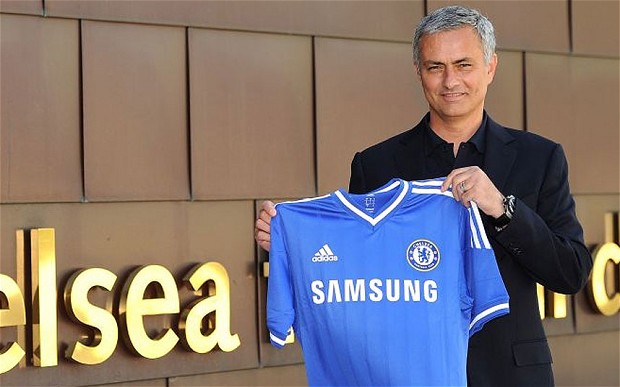 Jose Mourinho smiling as he is announced as the Chelsea manager for the second time. Little did he or the fans know about how his second reign would end. Photo copyright Andrew Matthews/The Telegraph.

However, Jose Mourinho isn’t any old manager. Especially at Chelsea. He has been embraced by everyone at the club, especially the fans. His instant success in his first stint between 2004 and 2007 guaranteed him a place in Chelsea folklore. He led them towards back to back title triumphs and various domestic trophies.

Everywhere he has gone an increasing mystique has surround the Portugese manager. Initial success with Porto announced his name to the world, yet since then he has become the highest profile manager in football.

Successful stints at Inter Milan and Real Madrid have ensured he will always been known as one of the best managers there ever was in football. So when it was announced his was returning home to Chelsea in June 2013 the future seemed bright for the club and it’s fans.

He navigated through a trophy less first season in charge, before returning the Premier League trophy to Stamford Bridge in his second season. A new long term contract was signed and the club returned for a new season expecting plenty of the same success. 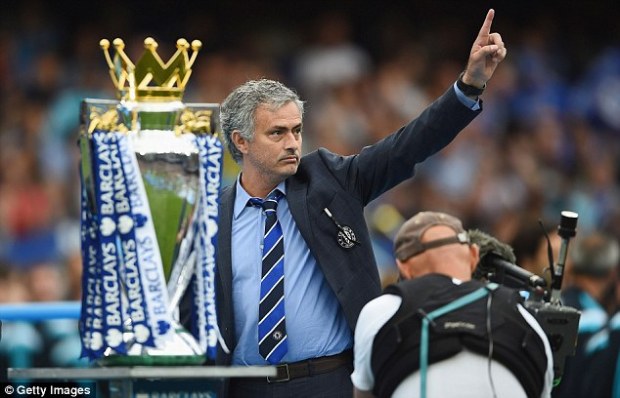 Mourinho celebrating leading Chelsea to the Premier League title in 2014. This was his third league title whilst at Chelsea. The next six months would be a lot less successful for him and the club. Photo copyright Getty Images.

See, this is where the difficult reality set in. Chelsea started the season poorly. A bad start quickly snowballed into a bad first six, then eight games, ten games, fifteen games to the point that after their latest defeat to Leicester on Monday Night football 2-1 crisis meetings were held. The funny thing is, the roles of the two clubs on Monday night have been completely reversed this season.

Leicester have shocked everyone as they currently sit two points clear at the top of the table heading towards Christmas, whilst Chelsea have become the club fighting to stay in the Premier League this season.

It’s clear that if Jose Mourinho were any other manager Chelsea would of sacked him a long time ago. Yet his reputation and influence at the club kept him in the hot seat as he dug Chelsea into an even deeper hole every week.

There have been the usual outbursts against referee’s this season, yet on Monday he finally turned on his players. He publicly called out his players for not following the pre-match game plan. He claimed this was the reasons behind their defeat to Leicester. 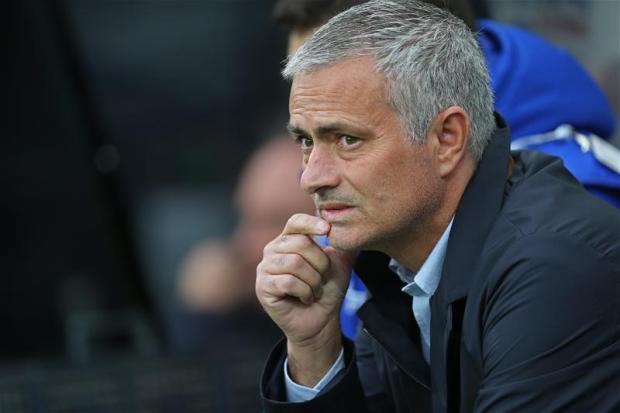 This expression sums up the season Chelsea and Mourinho have had so far. The search begins for the right man to rectify it. Photo copyright unknown sourced from Squawka.com .

With key players playing well under their best season it was becoming clear with every defeat that tensions were going to rise in the dressing room . The pressure simply became too much for the club and after holding a emergency meeting, agreed to part with Mourinho under “mutual terms”.

Now for Chelsea fans this must feel similar to his first departure in September 2007, but this time Chelsea are in a much bigger mess. They are in a very real fight for survival in the Premier League, and whoever they get in to replace Mourinho faces a very difficult task in recovering their season.

Their only bright spot this season has been their Champions League progression, although they face PSG and will be hoping the French club don’t knock them out of the tournament again. For now the club will have to find a decent replacement for Mourinho, whose future in unclear after his reputation has taken a hit with the struggles Chelsea have endured this season. The optimism shown by Mourinho’s appointment in June 2013 couldn’t seem further away this time.