November 7th 2010. Autodromo Jose Carlos Pace. Interlagos,Brazil. Round eighteen of the 2010 Formula One World Championship. Rookie Nico Hulkenberg has just taken pole position by over a second in the unfancied Williams-Cosworth. At this moment it seemed inevitable Hulkenberg would go on to a highly successful career with poles,wins and several world titles.

December 2015. Nico Hulkenberg is still a highly rated F1 driver. That is the only part of his career that many would have correctly predicted in 2010. Instead of moving on up the F1 grid Hulkenberg has remained trapped in the midfield, bouncing between Sahara-Force India and Sauber. Whilst he is rightly seen as one of the top drivers outside the top three teams, he is now 28 and time seems to be running out for him to get the top F1 seat his talent deserves. So why has he not yet progressed to a top team?

That is a question something plenty of F1 pundits are still trying to answer. Hulkenberg continues to produce giant killing results, yet every year he remains stuck in the midfield. The biggest factor against him is simply his height and weight. In a world where shaving every kilogram is crucial, having a driver like Hulkenberg at 1.84m tall behind the wheel is problematic.

Nico Hulkenberg in his Williams on the Friday before his giant killing Saturday qualifying performance in Brazil. Photo Credit LAT photographic/Andrew Ferraro.

He also cannot bring a huge sponsorship package to teams, something that is becoming increasingly important as teams continue to struggle in the current financial climate. This is why he was forced to drop out of F1 at the end of his impressive rookie campaign in 2010, being replaced by Pastor Maldonado and his Venezuelan petrol dollars. He was forced to spend a year on the sidelines as the Sahara-Force India reserve driver.

After once again showing his talents after being promoted to a race deal with Sahara-Force India for 2012, he returned to his previous heroics and almost took the midfield Sahara-Force India to victory in the Brazilian Grand Prix, only to collide with leader Lewis Hamilton when trying to overtake him. He was heavily linked with the vacant seat at McLaren for the 2013 season, although he was overlooked for fellow up and coming talent Sergio Perez.

Taking the drive Perez vacated at Sauber produced similar giant killing performances, and the historic close links between Sauber and Ferrari should have put him in the perfect position to join Ferrari, ye inexplicably he was overlooked to replace Felipe Massa for the veteran Kimi Raikkonen. 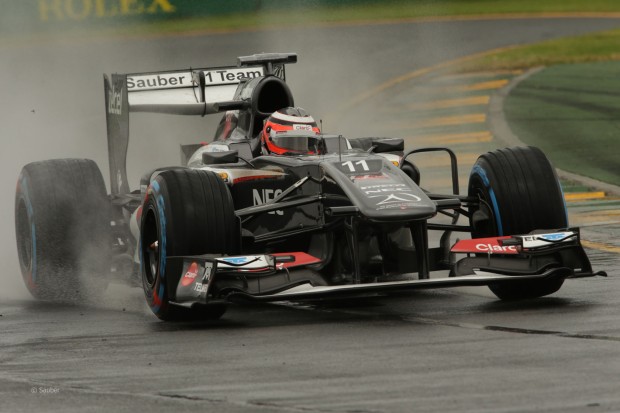 Nico Hulkenberg in his first race for Sauber. 2013 would prove to be a season of two halves for the young German. Photo copyright Sauber F1. Sourced from F1Fanatic.co.uk .

With the progress that the team made in 2015, it would of been very interesting to watch Hulkenberg behind the wheel. Since this snub the closest he came to a top seat was a likely move to Lotus for 2014, although the collapse of a investment package curtailed that move.

Hulkenberg continues to star in the very close F1 midfield battle, although in the second half of this season he appeared to struggle slightly against Mexican team mate Sergio Perez. With his Sahara-Force India team strongly rumored to have signed a partnership deal with Aston Martin, perhaps his fortunes in F1 are about to take a upward turn.

Arguably his biggest achievement in 2015 came outside of Formula One, as he harked back to the past by tackling the prestigious Le Mans 24 Hours alongside his F1 commitments. With the Porsche team he managed to do the impossible and win with an all- rookie line up of himself along with Porsche factory GT drivers Nick Tandy and Earl Bamber. 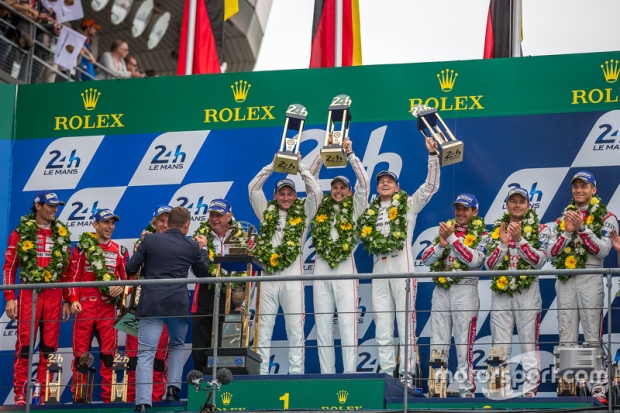 Hulkenberg celebrating victory with team mates Nick Tandy and Earl Bamber. Their victory was a deserved but a shock at the highly competitive Le Mans 24 Hours. Photo credit Motorsport.com .

This win was yet another reminder to the F1 paddock that surely Hulkenberg is deserving of a top line seat in the future. With the likes of Fernando Alonso, Jenson Button, Kimi Raikkonen and Felipe Massa coming to the end of their careers, it seems there will be plenty of drives available amongst the big teams. Hulkenberg has been overlooked by the top teams before, surely it won’t happen a second time. The German has too much talent for that to be the case.

What are your thoughts on this article? Please feel free to comment below.