Serie A has been a procession for one club the past eight years, but could this season be season Juventus are toppled? The Turin club have dominated Italian football since 2011, along with as becoming a force in European football.

The most supported club in Italy have reached two Champions League finals, in 2015 and 2017, and have swept aside their nations best for almost a decade. Their dominance has brought them world recognition, along with a host of trophies and money. This money has only increased their advantage, as they have been able to buy the best world talent.

Superstar Cristiano Ronaldo was brought in with an Italian record transfer worth £99.2m last summer, along with Mathias de Ligt this summer for £67.5m. The club also likes to do its scouting closer to home, frequently buying the best talent in Serie A.

Ronaldo was a marquee signing for Juventus, but with FFP could this move backfire if they have to sell players to balance the books? Photo: Juventus FC

The club have in recent years signed the likes of top scorer Gonzalo Higuain from Napoli, Paulo Dybala from Palermo and Miralem Pjanic from Roma. Their massive financial advantage over the other club has meant they can effectively use the rest of Serie A as a farm system.

Despite the massive advantage they hold, this season things seem to be changing slightly. Juventus have faced challenges in recent seasons, notably from Napoli and Roma, but have always done enough to win the Scudetto. A number of factors happening in one season could see a new title winner in Italy this season.

Juventus themselves have transitioned from long-time manager Max Allegri to new man Maurizio Sarri. Sarri challenged Juventus with his Napoli side in 2017-18, yet for the first time in a long while Juventus seem fallible this season. After 23 games they sit second with 54 points, their worst total at this stage since the 2015-16 season. 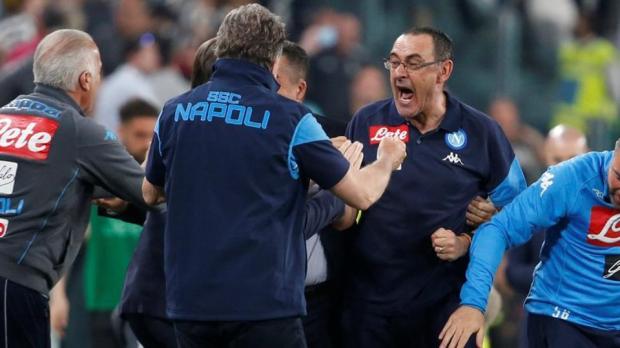 Maurizio Sarri was an icon at Napoli, taking them to within four points of a Serie A title in 2017-18. How well suited is he to Juventus long term? Photo: Reuters

Even in their victories they have often relied on coming back from behind, showing they have not been able to assert their dominance as easily this season despite having the best squad.

Along with a drop from Juventus, has been the rise of a new challenger. Inter Milan have made great strides to become title contenders again. They brought in former Juventus manager Antonio Conte and have spent lavishly this season.

They have brought in the likes of Romelu Lukaku from Manchester United, Christian Eriksen from Tottenham and Diego Godin from Athletico Madrid. They have also brought in promising young Italian talent such as Matteo Politano and Stefano Sensi from Sassuolo and Nicolo Barella from Cagliari. All three have become regular contributors this season. 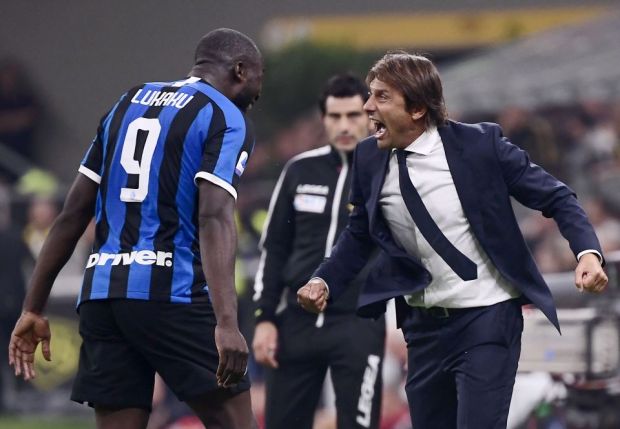 Lukaku celebrating his Milan derby goal with coach Antonio Conte. Both have been instrumental in Inter’s revival and title challenge this season. Photo: AFP

Inter have only lost one game all season, although have drawn more than Juventus. The club have all the right people in place to take advantage of a down year for Juventus, with the club impressing with their performances in the Champions League also. Now they have dropped into the Europa League, the focus will likely shift back to Serie A.

The outside contender that nobody predicted this season was Lazio. The Rome club have always been in the top six in recent years, but have never broken through into the top four. The club didn’t spend big in the summer, but manager Simone Inzaghi has made them into the most in-form team in Italy.

They are unbeaten in 18 games, including an eleven match winning streak. This incredible form has propelled them to third, only a point behind Inter and Juventus. They welcome Inter to the Stadio Olimpico on Sunday, a match with massive title implications. 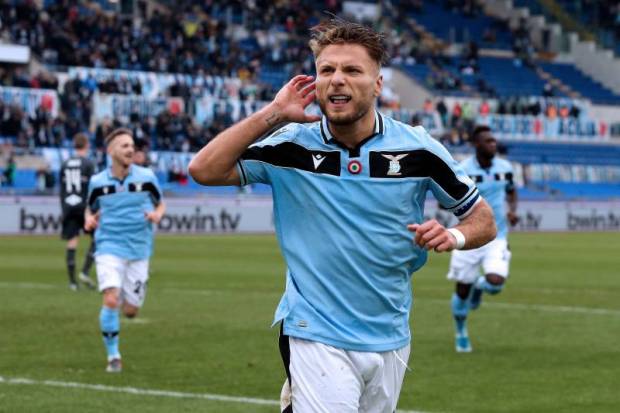 Ciro Immobile has been crucial to Lazio’s unlikely title challenge. He’s on pace to be the leagues top scorer ahead of illustrious names like Ronaldo and Lukaku. Photo: MB Media/Getty Images

They do still face tough fixtures away to Atalanta, Juventus and Napoli, but are scary to every opponent they face. Striker Ciro Immobile is on fire this season, as top scorer with 25 goals in 23 games so far. Attacking midfielder Luis Alberto also tops the assists charts with eleven, showing the attacking prowess of Lazio.

The title race will come down to these three, but could there be more in the future? Atalanta have taken Italy and Europe by storm with their giant killing acts, and could continue their progress if they can sustain this in coming seasons. Regular Champions League qualification will bring in the money to take this team to the next level.

City rivals A.C Milan may be languishing in tenth, but they have the infrastructure to compete in Serie A. It’s been a tough half-decade for this once dominant side, but they could compete in future seasons if they can find the right building blocks. The same goes for Napoli, who are undergoing a transition as talismanic figures like Sarri have left the club in recent seasons.

Roma have performed similarly to Lazio in recent seasons, could they perform similar miracles in the coming years? Serie A has always been a giant of European football, but with such dominance in other leagues like the Premier League and Ligue 1 to have a genuine title race that could down to the last game will entice new fans. If you haven’t already, be sure to check out Serie A this season!

Thank you for reading this article I really appreciate it! Find me on Twitter @JWjournalism if you have any comments at all.