The big change at the top of the IMSA WeatherTech series is the split of the DPI and LMP2 machinery for 2019. This has had a massive effect on the health of the LMP2 entries, with many teams opting to move into the DPI class as they look to continue fighting for race victories.

For the Rolex 24 there are only four entries, and only two of these are for the full IMSA season. This is been an issue for the series all winter, with the health of the class beyond this season looking very shaky right now. Despite the long-term reservations of this class, the small entry more thank makes up for in quality what it lacks in quantity. Let’s assess each of the four contenders for class victory and a priceless Rolex watch.

DragonSpeed has risen quickly to become one of the most competitive LMP2 teams in both the European Le Mans Series and the World Endurance Championship. The team have now turned their attention to the Rolex 24, and have brought plenty of talent with them.

This #18 entry is piloted by the WEC driver pairing of Roberto Gonzalez and Pastor Maldonado. They currently sit 4th in the WEC points and have quickly formed a strong duo. They are joined by Sebastien Saavedra, former Indycar racer who transitioned to the IMSA series last season. Completing the driving crew is another sportscar convert from single-seaters, Ryan Cullen.

All four drivers have sportscar experience and whilst Maldonado is the star name because of his F1 career, all four are very quick and can win this class for the team. The crew struggled slightly in the pre-race qualifying session, however it’s impossible to judge ultimate pace from one session as we don’t know the programmes’s teams were running at the test.

Performance Tech were one of many teams that graduated from the LMPC class up to the main Prototype class last season. The team flashed potential, most notable with their 4th place qualifying result for the Rolex 24 last year, but the team did struggle to translate this into consistent results across the year.

The team have retained a driver line-up largely familiar with the team, beginning with Kyle Masson. He raced with the team in the series last year and is quick racer. Cameron Cassels steps up to the series after good results in the LMP3 support series last year. Kris Wright is another promising driver who won the LMP3 class last season and has now been rewarded with a promotion for the Rolex 24.

The team were the slowest of the LMP2 entries at the pre-race Roar, however over a 24 hour race one lap pace is not a key to victory. The team have a years worth of experience with this Oreca and the series, and can go for the win. They’re drivers are not as flashy as other line-up’s in this class, but they are consistent and underrated for sure. 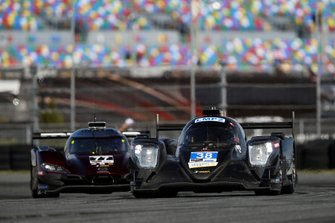 2018 was a difficult year for the PR1/Mathiasen team, and one they will hope to rebound from this year. The team partnered with Indycar team AFS Racing, and switched from a Ligier to Oreca chassis halfway through the season. The team now have some experience with the dominant Oreca chassis and will go into the Rolex 24 with renewed confidence.

The driving crew is a mix of young talent and experience, led by Gabriel Aubry and Matt McMurry. Aubry is currently proving his talents in the WEC and looks a highly promising prospect for the future. Matt McMurry, despite only being 22, has a wealth of sportscar experience and is a proven talent at this level. Enzo Guibbert is another talented young racer who has shown good performances in Europe. Experienced Am Mark Kvamme completes the crew. He won’t be as fast as his young teammates but he does have a wealth of experience at this level.

The team showed their one lap pace is good, setting the fastest time at the Roar qualifying session. They were almost half a second clear of their rivals, although for the race consistent pace and a clean run are much more important than one lap pace. The team has a good chance of winning this class, and based off the Roar they would be favourites to claim the class pole also. 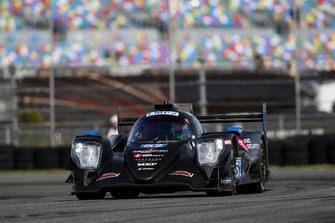 The second DragonSpeed entry is this #81 car, the teams usual ELMS entry. The team have flashed potential in the ELMS, but have not quite found the ultimate pace to challenge consistently for the title. It’s clear however that the team have more than enough pace to be able to challenge for this Rolex 24 victory.

The team have brought over their usual ELMS driving talent, of Ben Hanley, Henrik Hedman and Nico Lapierre. Lapierre is a former Toyota factory driver and is a very quick driver at this level. Ben Hanley is a fellow single-seater convert who has found a place to show his considerable talents after a few years out of car racing. Henrik Hedman is the Am in this entry, but he has shown solid pace and has years of experience with the team. Completing the team is James Allen, a young Australian with bags of potential and has already shown tremendous potential at this level.

The #81 crew got the best of their teammates in the pre-race Roar, finishing almost a second better than them in qualifying. The team can take promise from this good showing, and will fancy their chances against the two American based teams in the race. Either one of these DragonSpeed entries will likely be favourites for the race, barring any accidents or mechanical issues during the 24 hours. 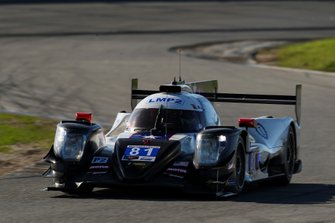 Who do you guys think will win the LMP2 class at this years Rolex 24? Let me know in the comments section below. A massive thank you must go to Motorsport.com and LAT Images for those featured in this page. Find me on Twitter @JWjournalism and thank you for reading!