This year see’s a sea change for the young Scotsman Ciaran Haggerty. He makes the switch from BRDC F4 to the vibrant British GT series with the iconic name Ecurie Ecosse. The Scottish team are switching to become a customer McLaren team this year in the premier GT3 class, and will now also compete in the rejuvenated GT4 class.

The new McLaren 570S GT4 car  debuts in Britain this year. Partnering Haggery is fellow Ecurie Ecosse young driver Sandy Mitchell. Both have seemingly turned their back on the single seater ladder for now, preferring to make the switch into competitive GT racing.

Over the past few days I was able to send some questions to Ciaran on his new career move, and here are his responses. Enjoy.

Congratulations on the new McLaren GT4 deal, how did it come about?

I tested the GT3 car end of last year and they said they had a GT4 in the works so just tried to find the budget for this season.

Making the transition from single seaters to GT racing, have you had much time to test the car?

GT’s are very different. A lot more forgiving than a single seater. Only had one day so far in the car at Rockingham. Went well but we still have to develop a few things on the car. 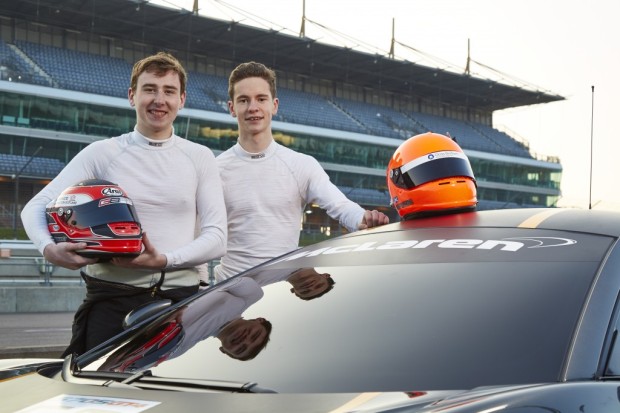 Realistically, what are your hopes for this season in the GT4 class of British GT?

I hope we can fight at the front. We’ll just need to see where we are at the first race.

Are single seater cars still on your career radar, or are you switching to endurance racing full time now?

I think sportscars is a much more sensible option these days. Single seaters is out of control budget wise.

What is your ultimate ambition for your career?

I hope to make it to the pinnacle of whatever discipline I’m doing.

And finally, if there was one race you could compete in with any car,what would it be and why?

One race and car? I’d have to say a Mazda 787B at Le Mans just for the sound and atmosphere.

I would like to send a huge thank you to Ciaran for this interview and I would like to wish him and his Ecurie Ecosse team the best of luck with their GT4 campaign in British GT this season. You can keep up to date with Ciaran on Twitter @CiaranHaggerty.