Here is part two of my preview for the upcoming 66th Macau Grand Prix. You can find part one of my preview here. This race is a massive end of season event and the drivers always love coming to Macau. This year see’s another healthy 30 car grid filled with at least a dozen contenders for victory. Let’s take a look at the second portion of the grid.

David Beckmann will be disappointed with his 2019 season, failing to adjust to the new Dallara F319 after an impressive 2018 GP3 campaign. ART Grand Prix are a good team, but after showing initial promise in the opening rounds his season tailed off massively.

After missing the final round in Sochi he returns to the series with Trident. The team had a mixed season with Pedro Piquet finishing fifth but their other two drivers finished outside the top ten. Beckmann has flashed promise, and has some Macau experience from 2016, but would need an upturn in form to challenge for victory.

David Beckmann struggled with ART in 2019, and after four years at this level is likely to move on next year. Can he finish with a flourish on the streets of Macau? Photo: Motorsport.com.

Alessio Lorandi returns to FIA F3 for Macau after a year spent in the karting world. Lorandi spent four years at this level between 2015-2018 before moving up to a partial season in F2 last year, replacing the sacked Santino Ferrucci at Trident.

Rejoining the team for Macau after a year out of cars is a bold move, but Lorandi was quick on his only previous visit to Macau in 2015. A top ten finish on his debut is a great result, but he may struggle to match that considering his lack of experience with this car.

Seventh on his debut at Macau in 2015 is impressive, but after a year out of car racing it will be an incredible result if he can match it this year. Photo: Motorsport.com

Jake Hughes appeared to slightly stagnate in 2019, although there are plenty of mitigating circumstances that didn’t help him. After four years at this level Hughes finished seventh this year in FIA F3, with the highlight a solitary win at the Red Bull Ring.

A lot of this was down to his slow start to the year, as new team HWA Racelab adjusted to the Dallara F3 car. Hughes remains with the team for Macau, and in two previous starts he’s finished sixth and fourth. He would be a smart under the radar pick for victory.

Jake Hughes has impressed bringing HWA up to speed in F3, but will have maybe hoped for slightly more in his fourth year at this level. Can he end his season on a high? Photo: Motorsport.com.

The 2019 season will have been a disappointment to Keyvan Andres, who regressed in his third year in FIA F3 after making progress last year. Ending the year with no points and a best finish of 13th will leave Andres with questions as to his plans for 2020.

For Macau he remains with HWA, and he will hope to improve on his DNF from last year. After such a tough year and his issues at Macau last year running cleanly and finishing the race is an improvement for him going forward.

Keyvan Andres struggled mightily with the new Dallara F3 2019 this year, and will simply want to put this season behind him and regroup for next year. Photo: Motorsport.com.

Sophia Floersch joins HWA Racelab for Macau, replacing Dutch driver Bent Viscaal. Floersch made headlines in 2018 with a terrifying accident at Lisboa, suffering a spinal fracture, with her accident leading to safety modifications for this years event.

Floersch was set to compete in the Formula European Masters, but when that folded switched to the Formula Regional European Series. 7th is a solid showing from her, although she may struggle with a lack of experience in this Dallara and a very competitive entry list. 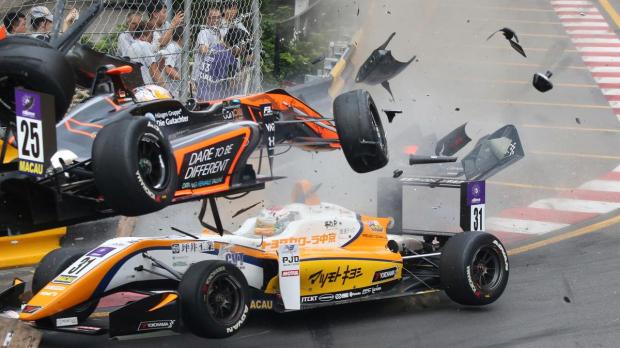 Sophia Floersch made world headlines with her sickening accident in Macau last year, although bravely returns for another crack at a good result this year. Photo: AP.

Lukas Dunner moves up to FIA F3 for Macau as an audition for a potential 2020 move into the championship. He moves across from the Euroformula Open series, where he showed flashes of speed and good consistency, but failed to top it off with a win.

Third in Euroformula Open is a good result for the 17 year-old, but the move into FIA F3 also see’s a big step up in driver quality. With a new team and driver for Macau this will give him key experience before a potential return full time next year. 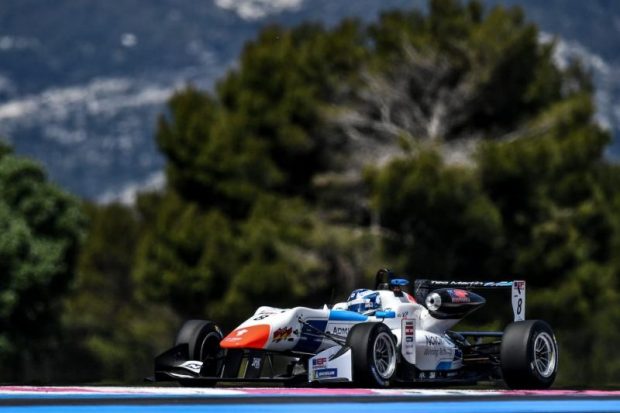 Lukas Dunner in action in the older-spec F3 machinery in Euroformula Open this year. He will learn a lot at Macau for 2020. Photo: Fotospeedy.

For Liam Lawson, 2019 has been a damn good year for the 17 year-old New Zealander. A Toyota Racing Series title started the year out perfectly, also bringing him to the attention of Red Bull. Third in Euroformula Open despite missing four races is impressive, along with a solid rookie season in FIA F3.

MP Motorsport weren’t seen as a front running team for large portions of the season, but Lawson ended the year with a podium and led the team in points. It’s his first time in Macau, a place where experience is key to victory. Lawson has built a solid foundation in 2019 to kick on and challenge for the title next year. 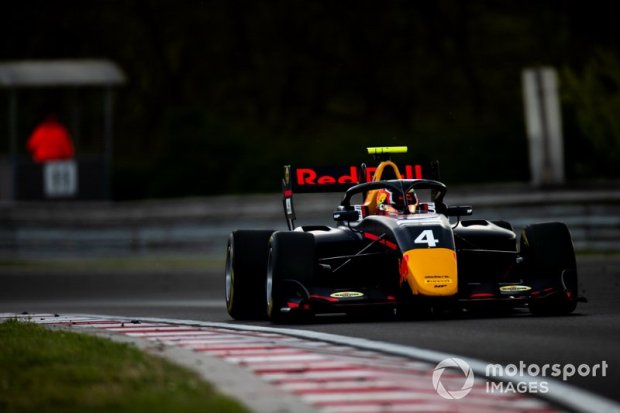 Liam Lawson impressed in a number of series this year, no doubt impressing his Red Bull backers. Photo: Motorsport.com

Dutchman Richard Verschoor returns to MP Motorsport for Macau, in a late deal announced last week. The former Red Bull junior driver had a solid debut season, with a strong end to the year a highlight.

Verschoor doesn’t have any Macau experience, and will be fighting with team mate Liam Lawson for top honours at MP. Both have had good 2019 debut seasons, and if they return next year can contend for wins. With so much quality in this field, a top ten would be impressive on his debut. 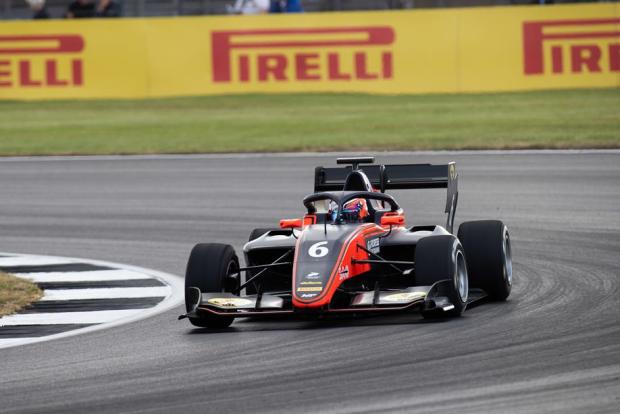 Dutchman Verschoor is a double former F4 champion, but his progress has stuttered slightly since 2016. He has a lot to build on going into 2020. Photo: FIA F3.

2019 has been busy for Arjun Maini, and he ends it with the most demanding street circuit on the planet. Maini has shown flashes of real potential, including tenth on his debut at Macau in 2015. After progressing to FIA F2 in 2018, his career has stalled however.

He has dovetailed FIA F2 with European Le Mans Series commitments, showing his future career path appears to be in sportscars. After three years away he secured a late deal to join Jenzer for Macau, in what should be an extremely fun weekend for the young Indian driver.

Charles Leong is the only driver representing Macau in his home race this year, returning after a quiet 2019. He appeared at the final round of the FIA F3 series in Sochi, in preparation for a return to his home streets.

He struggled at the FIA F3 level last year, and with little experience of this new car he will likely struggle again here. He was involved in an opening lap crash last year so a clean race and a finish will be a big improvement for Leong.

Charles Leong has had a quiet 2019, but will no doubt love returning to his home streets of Macau. Photo: Autosport.com.

That wraps up part two of my Macau Grand Prix preview, if you have any thoughts on this topic either comment below or find me on Twitter @JWjournalism. Also, a massive thank you to everyone who read this blog I really appreciate it!