June 29th 2006. As the cycling world prepares for the centre piece Tour de France, their biggest race returned to the dark days of it’s recent past. Operation Puerto would prove to be a scandal which brought huge change to the sport, and it’s impact is still being felt today, ten years later.

The world was looking forward to the most open Tour de France since 1998, yet sadly the race would be mired in the same controversy that dogged the notorious 1998 edition of the great race. Just as the words ‘Festina affair’ became as much a part of the cycling lexicon as ‘peloton’, so too would ‘Operation Puerto’.

After years of speculation throughout professional cycling as to widespread doping, the ball would finally be set rolling several years before. Spanish rider Jesus Manzano had detailed to the media the intricate doping practices on his previous Kelme team. This kick started a Spanish police investigation into the allegations made by Manzano.

Their investigation made the headlines two years later in May 2006, when police raided the offices of former Kelme team doctor Eufemiano Fuentes, arresting him and several other key members from two of Spain’s professional teams, Liberty-Seguros and Comunidad Valenciana.  What would be found would shock the professional peloton and have wide reaching consequences. 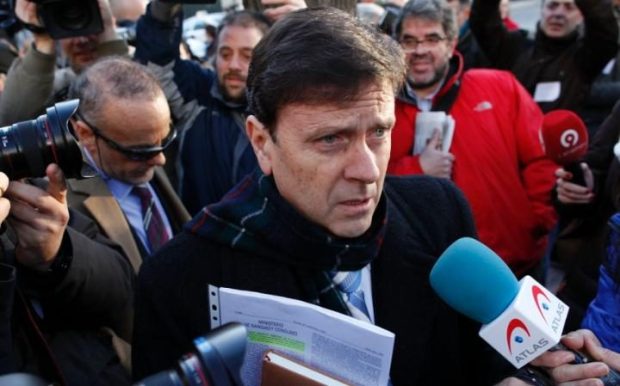 Police found 186 blood bags with code names, along with the equipment needed to freeze and ultimately transfuse the blood. They also found huge quantities of performance enhancing drugs such as EPO,HGH and steroids along with race schedules and information for payments from a large client list of professional athletes. Whilst athletes from other sports were linked to Fuentes, it was cycling that was the most damaged by the scandal.

Almost immediately Liberty Seguros withdrew their sponsorship, leaving the team struggling to find a new sponsor so they could carry on competing past 2006. Very quickly information trickled through to the media concerning the cyclists involved. The big name riders began to fall very quickly, with the Phonak team quickly suspending Santiago Botero, a former world time trial champion and Jose Enrique Gutierrez, who had finished 2nd in the 2006 Giro D’Italia.

The Spanish national road race championship was abandoned after only 500 meters when the riders boycotted the race in protest of the media information detailing the riders who were working with Fuentes. With the sport in the midst of another major doping scandal, the real hammer blow would be delivered only two days before the start of the Tour de France.

The Spanish authorities released their summary into the investigation, formally detailing all 56 professional cyclists known to be linked with Fuentes. The unofficial total was said to be much higher, as it increasingly became clear that Fuentes and his employees were working with seemingly over half of the professional peloton, once again exposing how doping in cycling was pervasive and widespread to the extreme.

The implications were both widespread and immediate. Top riders such as superstar 1997 Tour winner Jan Ullrich and promising climber Oscar Sevilla were immediately suspended by their T-Mobile team. Other riders soon followed. 2006 Giro D’Italia winner Ivan Basso was suspended by Team CSC, whilst GC contender Francisco Mancebo was also dropped by his AG2R team. A large portion of other riders were removed from the race, especially from the former Liberty Seguros team.

The timing could not have been worse for the sport, with their greatest race marred with yet another doping scandal which cast a shadow over the entirety of the 2006 edition. The race was suddenly blown open as none of the top five from the 2005 Tour de France were competing a year later, therefore it was a relatively new cast that took on the mantle of competing to win the race.

The 2006 edition would prove a compelling race with an intense battle for the maillot jaune(yellow jersey) right up until the final stages. Whilst the fans and organisers would have wanted the attention switched to the exciting fight for the lead, yet again the 2006 race would find itself a victim of a doping scandal. American Floyd Landis emerged from the shadow of Lance Armstrong to win the 2006 race, only to be stripped of victory in disgrace a few days later after testing positive for testosterone after his remarkable victory in Stage 17.

The reputation of the sport was once again taking a battering, as Landis became embroiled in a court battle to claim back his victory. After the dust had settled Landis admitted to micro-dosing EPO and taking blood transfusions during the race, but always denied taking testosterone. After the initial denials the riders soon changed their tune. Over the next year the likes of Basso, Jorg Jaksche and Michele Scarponi all admitted to working with with Fuentes, whilst Ullrich was also strongly linked to him.

Fast forward to 2016 and this case is still hanging over professional cycling. Riders linked with Fuentes such as Alberto Contador(cleared),Basso and Scarponi they are still involved with sport as they reach the final stages of their careers. Fuentes himself was originally found guilty, although he has since has his conviction and suspended one year prison sentence overruled.

Floyd Landis celebrating on the podium after winning the 2006 Tour de France. A few days later and he would be stripped of his victory in shame after testing positive for testosterone. Photo sourced from velonews.com .

In June of this year Spanish authorities ruled they would hand over the blood bags found in Fuentes possession to anti-doping authorities for evaluation. It’s unclear at this present moment whether these authorities will make public their findings, but with roughly 200 bags to sort through, it’s clear the sport of cycling may well be rocked again if the full influence of Fuentes and his doping practices on the sport are revealed to the public.

In the last ten years the sport of cycling has appeared to have worked very hard to eliminate doping from it’s realm. There have been widespread changes to improve anti-doping testing, and since then there have not been any further major doping scandals within the sport. How much of this can be attributed to Operation Puerto and it’s impact cannot be quantified, but for sure it will have had an effect on enforcing change in the sport.

Cycling is still in the process of recovering from it’s past demons, and for some people they will never again be able to trust the athletes and the sport after years of lies and denials. It’s debateable whether Operation Puerto was the metaphorical straw which broke the camel’s back, but the fact this was the last major scandal before significant change was implemented would seem to support this argument. It was ten years ago, but the sport and the characters involved are still struggling to recover from it’s impact. For American Floyd Landis, it took until this year’s race to return to Paris to watch it in person. It ended the careers of high profiles names in the sport both in terms of riders and team principals. Who knows whether the true impact will only become known in the coming years, if the anti-doping authorities decide to publish their findings. For the sport of cycling, it will undoubtedly open some very old and raw wounds should that happen.

Feel free to comment on this article with your thoughts and a huge thank you for reading. If you want to find me I’m on Twitter @brfcjordan95.